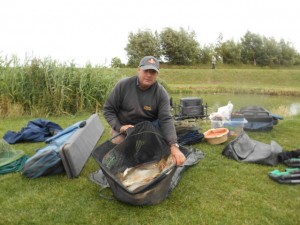 Next Tuesday’s Open Match is on Skylark Lake.