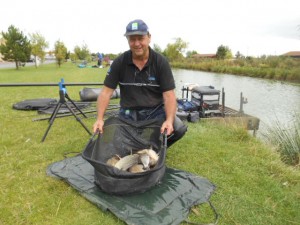 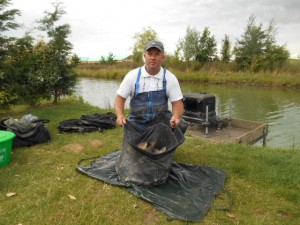 Saturdays Open Match on Skylark Lake gave the angler’s some big weights all around the lake. First place was shared between Martin Kirk (Westwood Lakes) Peg 3 and Steve Pell (Westwood Lakes) Peg 24, both recording a weight of 121lbs 0oz at the weigh in. Martin fished paste down the edge to catch mainly Carp to 6lbs, while Steve fished expander pellet across to the island for a mixed bag of fish. Close behind in second was Dave Wills (Miracle Baits) Peg 28 with 113lbs 2oz. Third placed angler was Mark Cree (Dynamite Baits) Peg 34 with 101lbs 2oz.