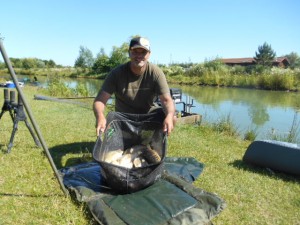 37 anglers took part on todays Over 50’s Match which was held on Skylark lake. There was a slight breeze and the added surprise of hail in the afternoon. There was no sign of Old Bruce.