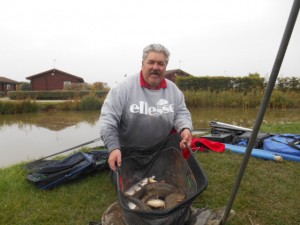 Norfolk angler Neil Paske (Dereham AC) made a great start to his holiday at Westwood Lakes, by winning the Open Match on Hawk Lake with 69lbs 6oz from Peg 10. Neil fished maggot down the track and in his margins late on, to catch mainly Carp and Barbel to 4lbs. In second place was Steve Lane (Maruyku/WWLakes) Peg 11 with 60lbs 2oz. Third placed angler was Rick Tweddle (Baitech) Peg 20 with 52lbs 0oz.