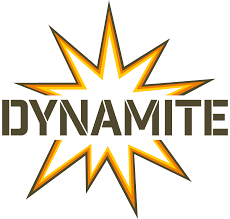 A Brilliant Festival it has been and with 65 anglers attending , we cannot thank the over 60’s enough. The Festival was fished over three days – Tuesday,Wednesday and Thursday- With 65 anglers battling it out in sections of 7 to see who would be top. With Covid guidelines in place the draw as done the night before so the anglers had no contact with each other and was able to go straight to there pegs

The first day saw the weather hold out for the anglers with a nice breeze coming over the lakes. It was all to play for on the first day with no one knowing how it was gonna fish. There was alot of maggot fishing to be had. On Skylark Jeff Lindsay was looking like the man to beat catching at 13m with maggots on the deck catching good stamp carp. Over on Falcon lake there were loads of F1s being caught through out the day But the man who stood out was John Holdsworth on peg 50 catching some big F1’s and stockies long on maggots. Swallow lake was looking like it was going to be the hardest lake of the week but John Beever put a steady performance together of catching on his lines short on maggots to win the Lake.

Day Two saw the weather take a turn and the rain had set in for the day ahead, but this didnt stop our anglers from catching plenty of fish. Skylark Lake saw Jim Barrowman working for his fish on peg 16 catching on maggots across tight to the Island. Falcon lake was all short fishing on the deck but John taylor went down the pellet and paste route and was catching more than anyone else. Swallow Lake had seemed to pick up and Dave Simpson put in a great showcase of toss potting maggots at 6m to have a great day.

Day three was looking tight at the top of the leader board with John Beever sat on 2pts and 5 anglers below him right on his hells with 3pts, but would he be able to hold his nerve to secure the win ? Skylark lake just kept getting better as the week went on. With Alan Lambert having a nice match fishing across on peg 2 to catch some big carp. Falcon lake was very tense with John Beever on a good peg but seemed to be having long spells of not catching. Jim Barrowman was looking like he was running away with his section catching plenty of fish. Swallow Lake was very slow but John Moore on peg 5 was catching the odd stockie carp on the method just 3ft off the far bank.

The top 5 was very close on points and going to weight count back for places but the man of the moment was John Beever finishing with 3 points over the 3 days putting in a stunning performance to win the 2020 Over 60’s Festival sponsored by Dynamite Baits!

We would Just like to say a massive thank you to Dynamite Baits for there support of the festival in these hard time and to all the anglers attending. We will be holding this festival again next year which will be abit earlier on the 3rd 4th and 5th October. To book your ticket or  lodge please contact the office on 01205 724162 and select option 1 we have raised the ticket prize to £80 to make the payout even better .