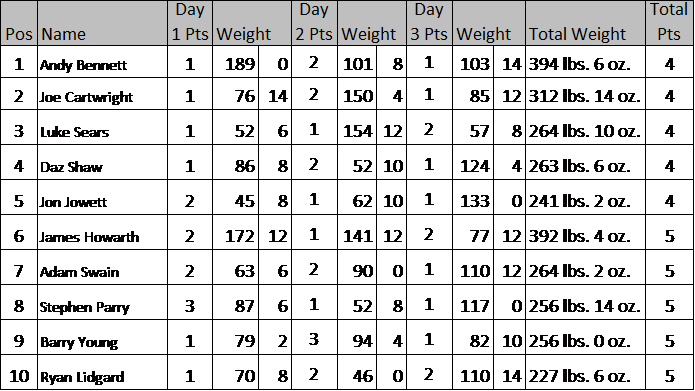 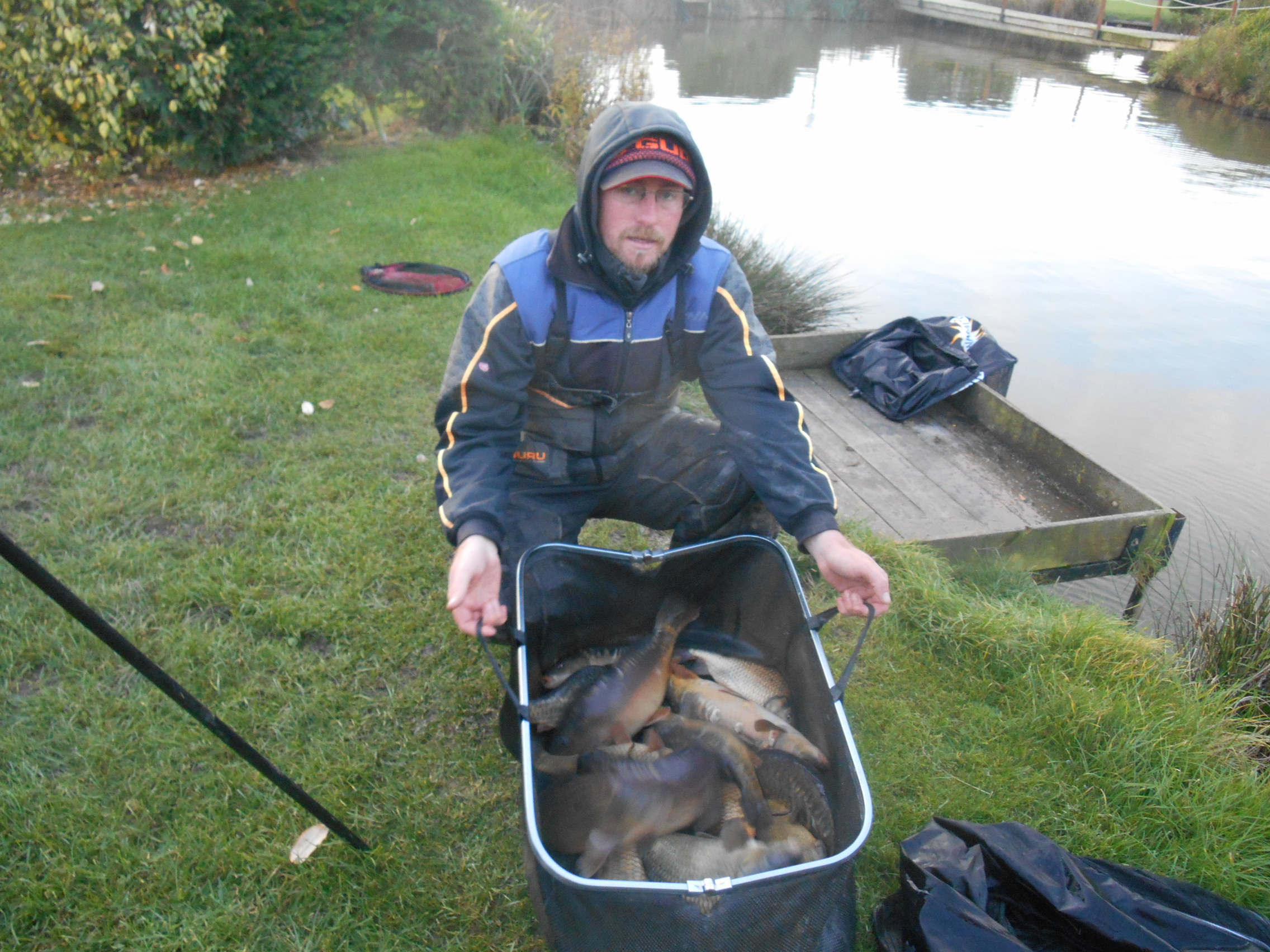 Well what a fantastic past three days it has been for all the anglers who attended the Daiwa Autumn classic festival. A total of 61 anglers were ready to battle it out over the next three days. Andy Bennett was favourite for the festival but with some new faces it wasn’t going to be easy for him.

Going into Day one saw the anglers go to their first lake and get ready for the all in. There was so many good anglers on the festival it would be good to see how each of them approached there peg in a different way. On Skylark Simon Beswick was the man doing the business from peg 35 fishing soft pellets across in the deep water to catch a good head of Carp. Falcon Lake was fishing a bit hard due to the conditions, but Barry Young on peg 13 seemed to be coping by fishing soft pellets down the edge late on to catch F1’s up to 2lb. The bag up Lake Osprey was surely living up to its name with Andy Bennett catching up in the water with maggots from peg 15. The new addition of Swallow Lake was going to catch some people off guard, but Lee Turner was keeping it simple by fishing pellets short down the first shelf to catch small stockie Carp steady for the most of the day from peg 21.

Day Two the Anglers changed around and saw the lakes starting to improve on weights. James Howarth drew the same peg that won the day before on Skylark (Peg 35) and the fish had not moved. Falcon was becoming a tight match with Ady Gathercole (Peg 41) and Adam Swain (Peg 47)running away with the lake win but it was going to be tight with both anglers fishing tight across. Osprey was still producing with Luke Sears (Peg  9)looking like he was on his way to another section win. But Dale Shepherd on Peg 15 was running away with the match win by fishing down the edge on pellets. Swallow Lake was producing some big fish with Mark Taylor catching carp up to 8lb on Peg 21.

It was all tight going into the last day with Luke Sears on a perfect two points but there was a lot of people on three points after him. On Skylark Joe Cartwright was looking like he was winning the lake from peg 3. Falcon saw Daz Shaw to be off the wind and catching small Carp steady on soft pellets off peg 23. Osprey was fishing hard but Aiden Mansfield was catching steady down the middle on maggots from peg 15. Swallow Lake was only getting better with Jon Jowlett catching long down the edge on peg 13.

Overall it was a tight Festival with a lot of the top 10 going on weight count back. But a big well done to Andy Bennett on winning the Festival. We enjoyed the company of all the anglers that have fished and hope to see you in the future.  Also a massive thank you for Daiwa on sponsoring another festival and their support.

We are have the Daiwa Spring classic Festival in May.  The Drennan over 50’s Festival In July and the Daiwa Autumn classic Festival in November. Tickets now on sale for all the festivals, and limited accommodation is available For any more information please ring the bait and tackle shop on 01205 724162 and select Option 2.